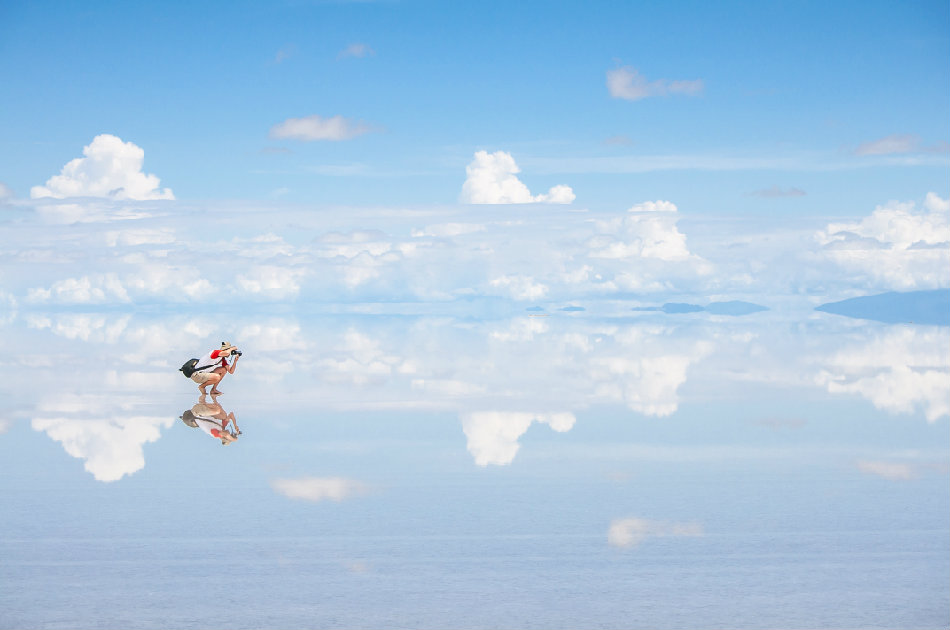 Day 1: Lima
Arrival at the airport, pick up and transfer to the hotel with an English speaking guide.

Lima is the capital and the largest city of Peru. It is located in the central coastal part of the country, overlooking the Pacific Ocean. The city was founded in 1535 by the Spanish conquistador Francisco Pizarro under the name of “Ciudad de los Reyes’’(City of Kings). The historic center was declared World Heritage Site by UNESCO.
It’s a city with great cultural diversity – that is why there are a large number of museums. Another relevant topic is its cooking that managed to be recognized worldwide through the years. Lima offers a wide range of restaurants and bars, where you can taste delicious Peruvian dishes and drinks. In Lima you will find everything you are looking for as cultures, adventures, beaches, dining, entertainment and everything you can imagine.

Day 2: Lima
City tour for half a day with an English speaking guide; including a visit to the Gold Museum.

You will see the historic monuments of Lima – for example the Plaza Mayor, the Cathedral, Government House, the Convent of San Francisco with beautiful cloisters and catacombs, used as a cemetery during the colonial era. Drive through the modern elite district of Lima Miraflores Central Park, San Isidro with olive groves, Country Club and Golf Course. You will also visit the main shopping streets, such as Larco Avenue.
The Gold Museum shows its collection of gold ornaments of the ancient cultures of Peru. The exhibition presents jewelry and ornaments since pre-Inca times, which is not solved the mystery until now. Earrings, ceremonial swords, articles emerald, pearl and blue stones ” lapis lazuli ” and ponchos, embroidered with gold plates – all made by skilled hands of the ancient masters . The Museum also presents a magnificent collection of ancient weapons from around the world

Day 3: Lima – Cusco
Breakfast in the hotel, Transfer to the airport with a driver, flight to Cusco.
A guide will pick you up at the airport and you will have a City tour through Cusco including a visit to the “Koricancha” (Temple Solntsa), where the Incas carried out its main ritual celebration – the winter solstice. After that, you will visit the ruins of four blizhayschie Temple Kenko, Red Fortress Puka Pukara, Tambomachay (center of worship of the Incas water) and architectural complex Saksaiuaman (religious buildings, castle, towers, canals, built of huge blocks. Later there will be a transfer to the hotel.

Full day excursion to “Machu Picchu – Lost City of the Incas” with an English speaking group.Lunch. Return to Cusco by train. Transfer to hotel.

Machu Picchu is a 15th-century Inca site located 2,430m above sea level.It is situated on a mountain ridge above the Sacred Valley which is 80 kilometres (50 mi) northwest of Cusco and through which the Urubamba River flows. Most archaeologists believe that Machu Picchu was built as an estate for the Inca emperor Pachacuti (1438–1472). Since 1911 when it caught international attencion, Machu Picchu has become the largest tourist attraction in South America. Most of the outlying buildings have been reconstructed in order to give tourists a better idea of what the structures originally looked like. By 1976, thirty percent of Machu Picchu had been restored. The restoration work continues to this day.
Machu Picchu became a UNESCO World Heritage Site in 1983 and was voted one of the New Seven Wonders of the World.

Day 5: Cusco – Puno
Breakfast in the hotel
Transport to the city of Puno with a group bus (with an English speaking guide )
On the way there will be a stop at: Andaguaililyas – Sistine Chapel of South America :, Raqchi – administrative building of the Incas. You will have lunch in Sicuani town .
Next stop: La Raya (4400 meters above sea level) with a roadside market with beautiful mountains in the background ; and Pucara – center of the same pre-inkovskoy culture. You will arrive at around 6 pm in the hotel accommodation in Puno

Day 6: Puno – Uros Islands – Tiwanaku
Excursion with an English speaking group to the most high navigable lake in the world – Titicaca. A trip to the islands of Uros, constructed of reeds – the home of the Aymara. They preserved the traditional way of life, customs, beliefs and costumes.

Tiwanaku – one of the oldest civilizations in South America. You will see the Gate of the Sun, Kalasasaya temple and the pyramids, beautiful monuments of the glorious past of Tiwanaku culture. Tivanakantsy were skilled in agriculture, hydraulics, architecture and medicine, as well as in social organization. Due to natural disasters, including long periods of drought, Tiwanaku civilization suffered a complete collapse at the end of the first millennium AD and mysteriously disappeared. After the tour there will be a departure to La Paz with a brief tour through the city and in the end a transfer to the hotel.

Day 7: Puno / La Paz
Breakfast. After the tour, there will be a transfer to the border of Bolivia, where a guide will wait for you, to bring you to the majestic ruins of Tiwanaku (Bolivia) where you will have a visit with an English speaking guide.

Day 8: La Paz – Valley of the Moon
Breakfast in the hotel. Tour with an English speaking guide to “Valle de la Luna”( Valley of the Moon) which is situated about 10 kilometers from downtown La Paz. It is a very unique landscape, filled with rock formations that have been formed through thousands of years of erosion.

La Paz was founded in 1548 under the name ‘’La Syuidad de Nuestra Secor de La Paz”. The capital of Bolivia is the highest capital in the world, as the city is situated at an altitude of 3660m above sea level.
The center of the old town is surrounded by old colonial mansion and numerous churches. One of the highlights of the city is the main cathedral, built in neoclassical style and sharply contrasting with the surrounding classical church. In the northern part is the area of San Francisco, where you can find the uphill climb ethnic neighborhoods, inhabited by Indians. Nightlife lovers will find numerous restaurants and discos as well.

If a Bolivian Salt Flats tour isn’t on your travel bucket list, add it now. The Salt Flats themselves are the definite highlight of the tour, but they only constitute one of the four days of the trip. This is actually a tour of southwestern Bolivia, and never in my life have I felt more like an astronaut.
Other-worldly landscapes await you on this indescribable jeep trip through scenes out of a fantasy land. Red and green colored lagoons, pink flamingos and other unique wildlife, geysers, volcanoes, and geothermal wonders, painted mountains, bizarre rock formations, and the feeling of being on the moon are just a sampling of the highlights of the other three days.
Then there’s the Salt Flats themselves. The highest and largest in the world, the Salt Flats are a wonder like no other. Bright white stretching as far as the eye can see, contrasting with the deep blue skies, offers a scene that simply doesn’t look, seem, or feel real. A magical place that has people of every age acting like children, a trip to the Salar de Uyuni is a memorable one.
Salar de Uyuni is the most photographed site in Bolivia and is what draws many people to the country.
An area that seems to be from space, the salt flats are at an altitude of nearly 12,000ft and nearly 5000 sq miles in area.

Day 10: Uyuni
After breakfast you will start an excursion to the Lake Laguna Colorada – Red Lake.

The Red Lake is located at an altitude of 4400 meters above sea level in Bolivia. It is the home to a rare species of flamingos – Flamingo James, who arrived at the lake in search of a special kind of plankton, are available here in huge quantities.

Santiago de Chile has very interesting historical, residential and business districts. Take a walk through the historic center and you will see the Plaza de Armas with a monument dedicated to the founder of the city – Pedro de Valdivia, as well as the monument “Freedom America” and a monument to the first Chilean Cardinal – Jose Maria Caro. Furthermore you can have a look at the Presidential Palace of La Moneda, which is the largest neoclassical building, the Cathedral, the Central Post Office building.

Day 13: Santiago de Chile
After your breakfast you will go on a City Tour in Santiago.

City Tour through Santiago de Chile with an English speaking guide. You will have the chance to see: Santa Lucia Avenida O’Higgins, La Moneda, the Cathedral, the Museum of pre-Columbian art, San Cristobal, the German Fountain, the museum of Pablo Neruda and a lot more.
For an additional fee you can go to the wineries in the Maipo Valley, including wine tasting.
Price per person $ 150 (minimum 2 pax)

Day 14: SANTIAGO
We will begin our route from the hotel, in a trip of 120 km towards the Pacific Ocean. Here we will appreciate the diversity of the landscape of the Valley of Curacaví, to follow the Valley of Casablanca known by the great production of white wine of Sauvignon Blanc stock, among others. Arriving at Valparaiso (Capital Legislative and main port of our country), recently declared by UNESCO like Cultural Patrimony of the Humanity. You will be surprised to see their houses nailed in hills makink a quite colorful city. We will visit the main attractiveness of the city: “Plaza de la Victoria” ( Victory Plaza ), Sotomayor Plaza, Monument to the Naval Glories, “Paseo 21 de Mayo” (we will raise this viewpoint to appreciate this beautiful port, one of most important of our country) also we will do a long walk by hills raising us by the different elevators, (1883-1902) . The tour continue towards Viña del Mar city, well-known like the City Garden. In this place we will be able to see the Clock of Flowers, the Casino and Reñaca beach; place where we will make a halting to have lunch (on behalf of the passengers) . After lunch we’ll take a brief walk by the beach. Returning to Santiago, by the coastal way we will show and enter to “Quinta Vergara”, place known by its Musical International Festival. In the evening return to Santiago

Day 15 SANTIAGO
Breakfast at the hotel. Airport transfer to take your departure flight.

Be the first to review “Great South America” Cancel reply