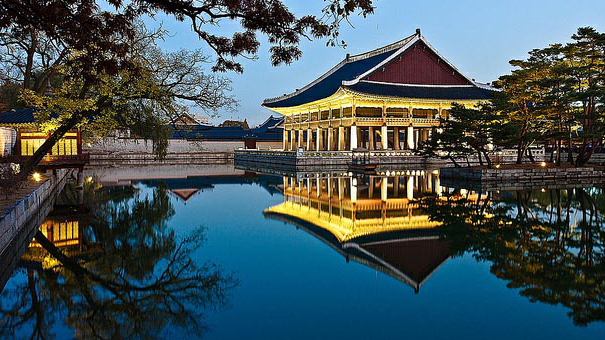 ►Day 01 Arrival in Seoul
Arrive at Incheon International Airport, where you will be met by our representative and transferred to your hotel by the airport limousine bus or by the van. The rest of day is free at your leisure time.

►Day 03 Seoul / Afternoon tour to Korean Folk Village / Seoul B.
Breakfast at hotel. Morning free. At highnoon, transfer to the Korean Folk Village outside of Seoul to the south, where the old traditional style houses and life styles of the 18th ~19th century are being practiced. Return to Seoul

►Day 04 DMZ & the 3rd Infiltration Tunnel – Gyeongju  B. L.
After breakfast, drive to the DMZ and make tours of the DMZ. Return to Seoul and transfer to Gyeongju
North Korea’s 3rd Infiltration Tunnel is located within the Demilitarized Zone (DMZ) and is located 44 km away from Seoul to the northwest, found in October, 1978, and 30,000 armed military forces with the field artillery can permeate through this tunnel per one hour. Dora Observation Platform is located at a western front line and from here you can get a view of the North Korean territory including the Propaganda Village, People’s School and Gaeseong City, the old capital city of the Goryeo Kingdom.

Airport Limousine buses are departing every 20-25 minutes at the hotel bus stop.

$1595
Land only per person based on sharing

$1895
Land only per person based on sharing

Be the first to review “Image of Korea” Cancel reply